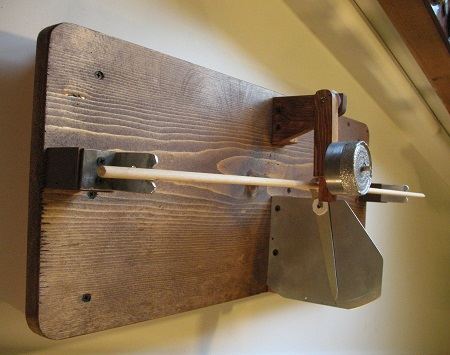 Out of all the factors that you have to consider when buying an arrow — arrow length, fletching, point weight, etc. — arrow spine singles out as the most critical factor that you should carefully pay close attention to.

In this post, we’ll learn everything that you need to know about arrow spine. Here are a few things that you will learn:

What is an Arrow Spine?

Arrow spine in its simplest definition is the measurement of the arrow’s stiffness. It measures how much an arrow will bend or flex.

This arrow spine is measured in numbers. The lower the numbers, the thicker the arrow while the higher the number, the easier the shaft to bend. For example, an arrow with spine number 400 is stiffer than a 600 spine arrow.

Why Arrow Spine is so Important?

You can have everything perfect — good stance, perfect shooting form, the best bow — but if you don’t pick the right arrow spine that matches your bow, your shoot will likely to suffer.

To understand what is the cause and effect relationship that arrow spine has on the arrow, we need to delve more into archer’s paradox subject.

What is The Archer’s Paradox?

Take a look at any slow-motion video of an arrow being shot from a bow; you will notice that the arrow leaves and the bow and flies toward the target not in straight trajectory line but in a wave-like trajectory.

The arrow flexes as it the string pushes it, then it straightens out again once it leaves the bow and flies toward the target, this is archer’s paradox.

Archer’s paradox is the reason why your arrow can hit straight to the target.

When you look at any archer shooting his/her bow, you will notice that upon nocking, he/she has to aim his/her arrow off at a brace height to make the arrows fitted to a string.

Upon drawing, the arrow is now aimed at the target and when released the arrow will fly toward the target.

Common sense would tell that it would be impossible for the arrow to hit the target.

As the string is released, it will return to brace height. If the arrow is too stiff, the arrow would be pushed back by the bow into the initial nocking position where the arrow pointing off to one side of the target, and fly off at that direction.

Furthermore, the arrow should be able to pass the bow. Instead of passing the bow in a clean and undisturbed arrow flight, the arrow should hit the grip of your bow and fly off either to the right or to the left.

The bending of the arrow (archer’s paradox) is what helps the arrow to pass the bow and fly toward the target cleanly.

There are two types of arrow spine: the static and dynamic spine. Static spine is simple; it measures how stiff the arrow is.

Whereas the counterpart is not that simple, the dynamic spine attempts to explain how the shaft of the arrow bend as it leaves a bow.

Measuring the static spine is simple, you can use spine meters, as you can see from the image below.

A 1.94 lbs. (or 880 gram) Weight is hanged at the center of the arrow. The meters then tell us how many inches the arrow deflects. Multiply the number of inches the shaft bends to a thousand, and you will get the arrow spine rating.

For instance, the spine rating of the arrow that bends 0.5 inches is 500.

Dynamic spine is not that simple to measure. There are literally hundreds of factors that could be involved when we try to explain how the arrow is going to react when it is being shot from a bow.

Some of the most important factors include:

How to Choose The Correct Arrow Spine for Bow Your Set Up?

To get an arrow that is well-matched to your bow, you need to know how to choose the correct arrow spine for your arrow, which we’re going to learn in this section.

In order to choose the right arrow with the correct spine rating for you, you need to know three things:

Generally speaking, when we talk about those three factors that affect the arrow’s spine above, the following statements can be used as a guide:

Aside from those three factors that we have mentioned above, the fletching of the arrow is another important point to consider too.

If precision is more important than speed, use large fletchings because they will straighten the arrows quickly and make them fly toward the target straighter, but the arrows will lose more speed.

What If You Use Compound Bows?

If you use a compound bow, there is more than one way that you can use to manipulate the spine of the arrow that you use:

Also if you use a compound bow, in most cases, you don’t need to worry about archer’s paradox. Most compound bows are built in such a way so that the arrow doesn’t hit the riser.