Home » Archery Tips » How to Wax Your Bowstrings? – Bow and Arrows 101 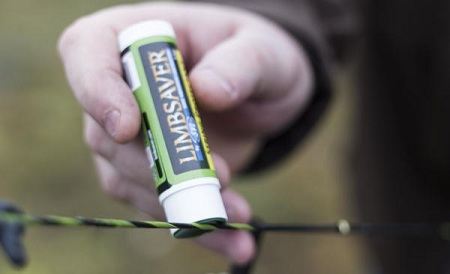 Waxing bowstrings is an important and yet often neglected maintenance routine.

Think of a bowstring as an engine of the bow — whether a recurve, compound or horsebow — that propels the arrow toward the target. If the engine doesn’t function correctly, our overall performance will go sour.

How to Wax the Bowstrings

First of all, we need to get a bowstring wax. There are many artificial string waxes available on the market, I use Scorpion Venom Polymeric Bowstring Wax (link to Amazon), but it is not mandatory, a simple block of beeswax works just fine.

Now, we can begin to start waxing the bowstrings. There are many different methods that you can use to wax a string; the following is the method that I use (and I think the simplest of all):

1.Apply the wax by rubbing it thoroughly up and down onto the full length of the string (and cables).

2. Don’t wax the served sections, including the center serving or the served end loops of an endless loop string because waxing the serving will make it unravel quicker than a ball of yarn.

3. Use your fingers or a small piece of leather or fabric and rub the wax further into the string. Since the bowstring is formed from multiple strands, we try to melt the wax slightly, so that the wax melting into the twist of the string.

4. The last step is to clean the excess wax.

How to Clean Wax on Bowstrings

If it is a Sunday morning, and I’m too lazy to do anything I would use a cloth to clean the excess wax.

If I wax the string to prepare for an event, I will use the following method.

DISCLAIMER: This method suits well to be used for a tournament preparation as this makes the string lighter but cleaning the wax in this way means you have to wax the string more often than if you just use a cloth.

The Benefit of Regular Waxing

One benefit of waxing your bowstrings is it prevents the bow from fraying. Furthermore, waxing helps to waterproof the bow so water won’t get between the strands.

A wet string makes the bow heavier and thus impacting your overall shooting performance since it makes the arrow flights slower.

Drawing from a dry string is even more paramount for archers that compete in 3-D, target, hunting, or mounted archery as it is the speed of the arrow as such that often determines the end-result of the game.

Therefore, it is the reason why many top archers wax their strings before competitions in preparation for the rain that might come.

How Often to Wax Bowstrings

There many different opinions on how often you should wax the bowstrings.

The simple rule is anytime that you notice a significant number of flyaway strands on the bowstrings, that’s the time to waxing it.

Properly waxed bowstrings should be smooth and tacky not hairy.

Hi, my name is Andrew Lee and this is the website when I share things about archery as I learn them.

ImprovedArchery.com is a participant in the Amazon Services LLC Associates Program, an affiliate advertising program designed to provide a means for sites to earn advertising fees by advertising and linking to Amazon.com.